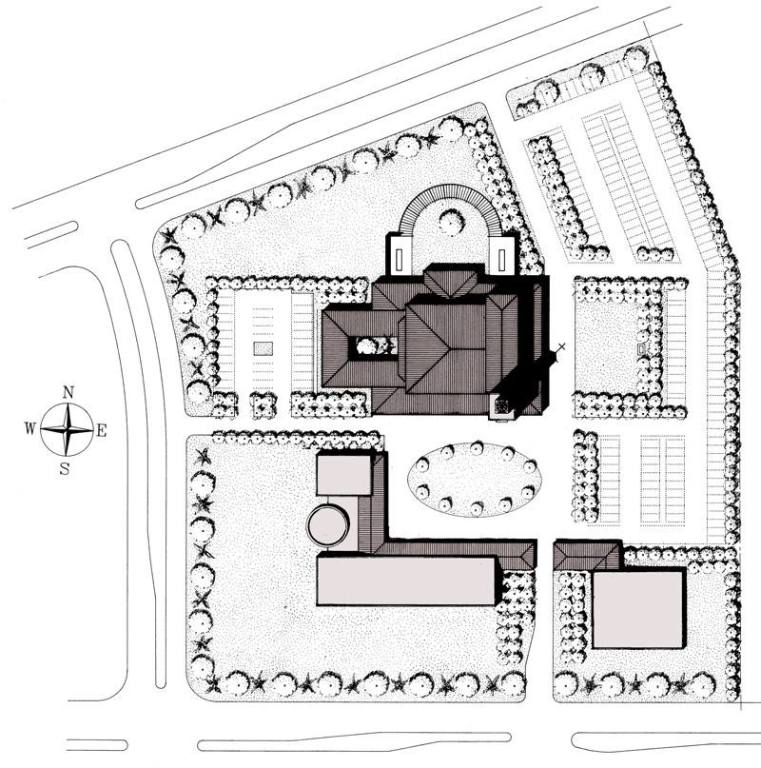 Good Shepherd Catholic Church was established July 21st, 1977 by the Most Reverend Coleman F. Carroll (5 days before his death), with Father Charles Clements as its first Pastor. “Let the people of the Parish choose its name,” said the Archbishop, and so they selected Good Shepherd.

Initially, there were 340 families inscribed and the Masses were celebrated at Boystown, and then moved to McMillan Middle School.  By 1981, with the number of the faithful doubling, the County’s zoning board gave permission for a multi-purpose facility for worship and other pastoral services to be constructed on the 9 1/4 acres of the parish, purchased by the Archdiocese before the foundation.  Ground was broken on July 11, 1982, and in the following year the first Mass was celebrated in the new building in February 1983.

During the Pastorate of Father Thomas O’Dwyer, which began in June 1983, initial efforts in fundraising for the permanent Church were undertaken providing a strong base to begin.  This effort was furthered by the third Pastor, Father Michael J. Greer, who arrived in late 1987 and shortly thereafter introduced the practice of stewardship.  This sacrifice and service brought about the construction of the permanent Church, approved by Archbishop Edward A. McCarthy in 1993, with Elizabeth Plater-Zyberg, Architect and Ann Clarck, Contractor.  It was constructed during the following year (1994) and was finally dedicated by Archbishop John C. Favalora, his first such ceremony in becoming Ordinary, on February 25, 1995. With the inauguration of the Church, the parochial school began construction in 1995.  The first phase was completed and blessed by Archbishop Favalora on February 17, 2001, the second phase opened the school in 2006.